What is the difference between a vegetarian and a vegan dessert ?

Just because your desserts are vegetarian doesn’t mean they are automatically vegan! Indeed, the two terms are not at all interchangeable and refer to different eating practices. We tell you all about the difference between vegetarian and vegan desserts in this article !

Most desserts are vegetarian but not vegan

As desserts do not contain meat, many desserts are compatible with a vegetarian diet. Some exceptions to the rule exist, such as pork gelatin, used in many sweets, and rennet, contained in some cheeses. For example, a cottage cheese recipe will not necessarily be vegetarian if the cheese contains veal rennet.

Conversely, most desserts are not vegan. Indeed, veganism prohibits any product derived from animal exploitation in addition to animal products per se. Say goodbye to milk, cream, eggs, … in short, a good part of the products commonly used in pastry making! Honey is also forbidden in the vegan diet, as it comes from the exploitation of bees, which need it as a source of food.

Since veganism is much stricter than vegetarianism, any vegan dessert is automatically vegetarian, but the reverse is not true. This is due to the variety of reasons why vegetarians choose their diets. Some do it for health reasons, others out of environmental awareness, … Conversely, the goal of veganism is primarily to limit animal suffering caused by humans. 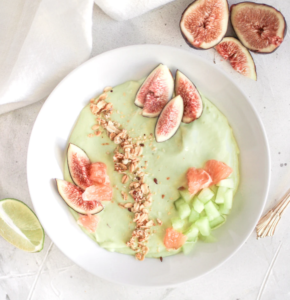 How to adapt your desserts to vegetarians and vegans?

For example, for vegetarians, pork gelatin has vegetable equivalents for all thickening needs. Similarly for rennet, there are now many rennet-free cheeses available that will allow you to satisfy your vegetarian and vegan customers.

In the same way for vegans, you can find online a multitude of popular pastry recipes adapted to vegan dietary limitations: pies, cakes, cheesecakes, chocolate mousses, it’s all there!

If you decide to add vegan or vegetarian recipes to your menu, remember to keep your kitchen areas well separated so that your vegan desserts do not contain traces of milk or eggs, for example. To help you in the realization of your recipes, Vegan Desserts offers you a range especially thought for the professionals of the catering industry interested in veganism. Tart shells, verrines, or chocolate mousses are part of our offer. Do not hesitate to contact us for more information!